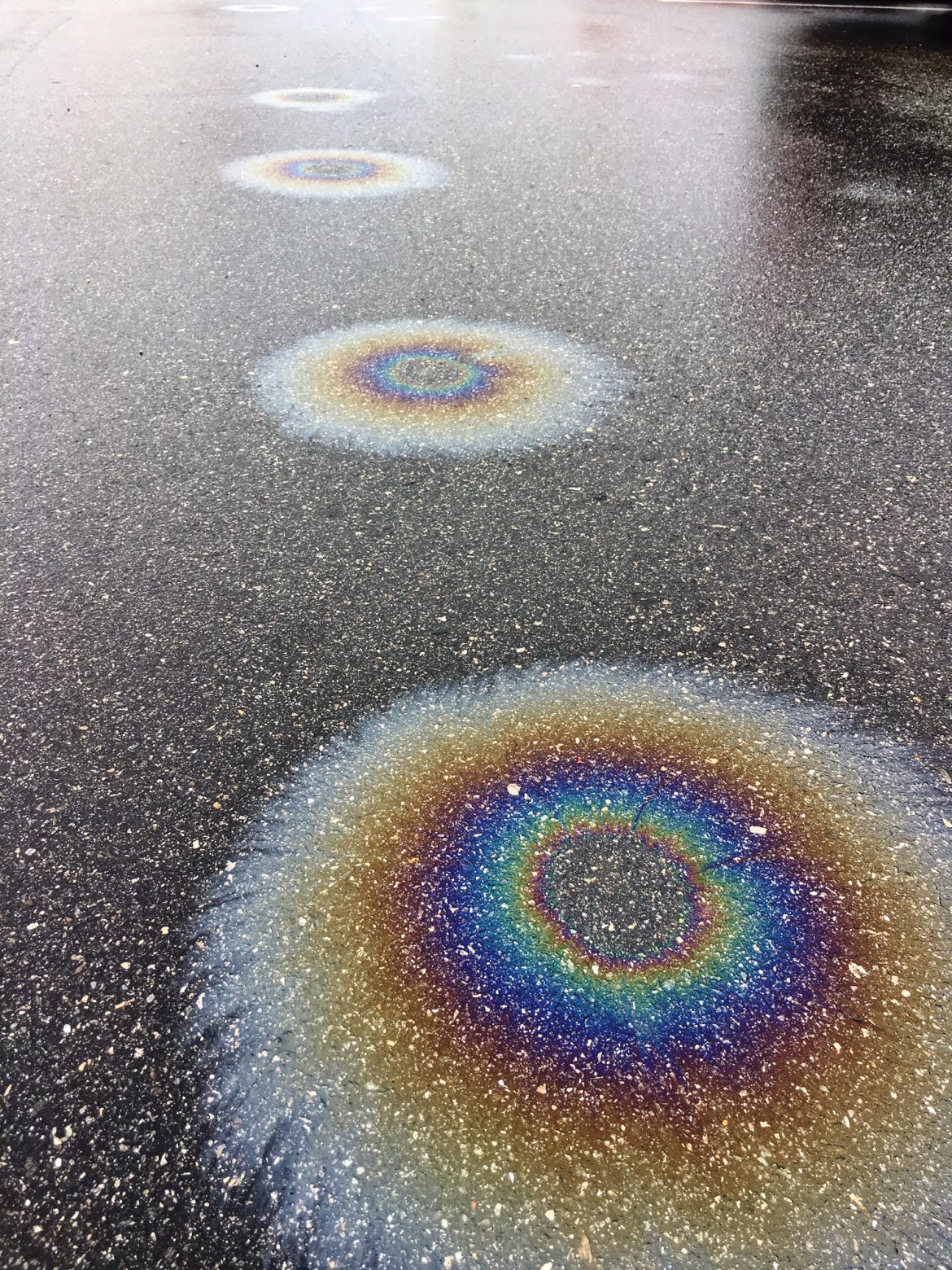 They do not mix, not a bit. I spilled some oil on the outside of my car many years ago, while I was refilling it, and I tried in vain to rinse it off with a garden hose. Not only did it not wash off, my friend Matty saw me doing it and had a lot of fun mocking me for it.

“Bill, did you take chemistry in school?”

“Have you ever eaten a salad?”

“Have you ever read a book?”

Matty made fun of me a lot. We were best friends, that’s what you did. He did it a lot.

Oil on a wet road is beautiful. Yes, it’s a contaminant that shouldn’t be allowed to seep into the water table, but still, it’s beautiful, a riot of color on a dark and gritty background.

See, oil floats on water. I know that now. I knew it then, really, I was just hoping the force of the water would be enough to sluice the oil off the car, but Matty saw a weakness and went for it. He could never help himself, not with little things like that or job openings or with girlfriends.

Commercial oil formulations usually contain a surfactant, an additive that causes the oil drops to spread out into a thin film on top of the water. That film is thickest in the center of the tiny little oil slick, and thinnest at the periphery.

That means it reflects light differently from the center to the outside, creating a dazzling display of colors that almost but didn’t quite overlap.

Little rainbows, one after the other, leading me across the deserted road like a trail of iridescent art. Over to where Matty’s car, mangled and upside down, was still rocking gently to a halt.

There had been noises inside earlier, horrible, gargly noises. They stopped, eventually, while I was looking at the rainbows.

Brake fluid makes rainbows, too. And there was such a lot of it.

I watched it, for a long time.