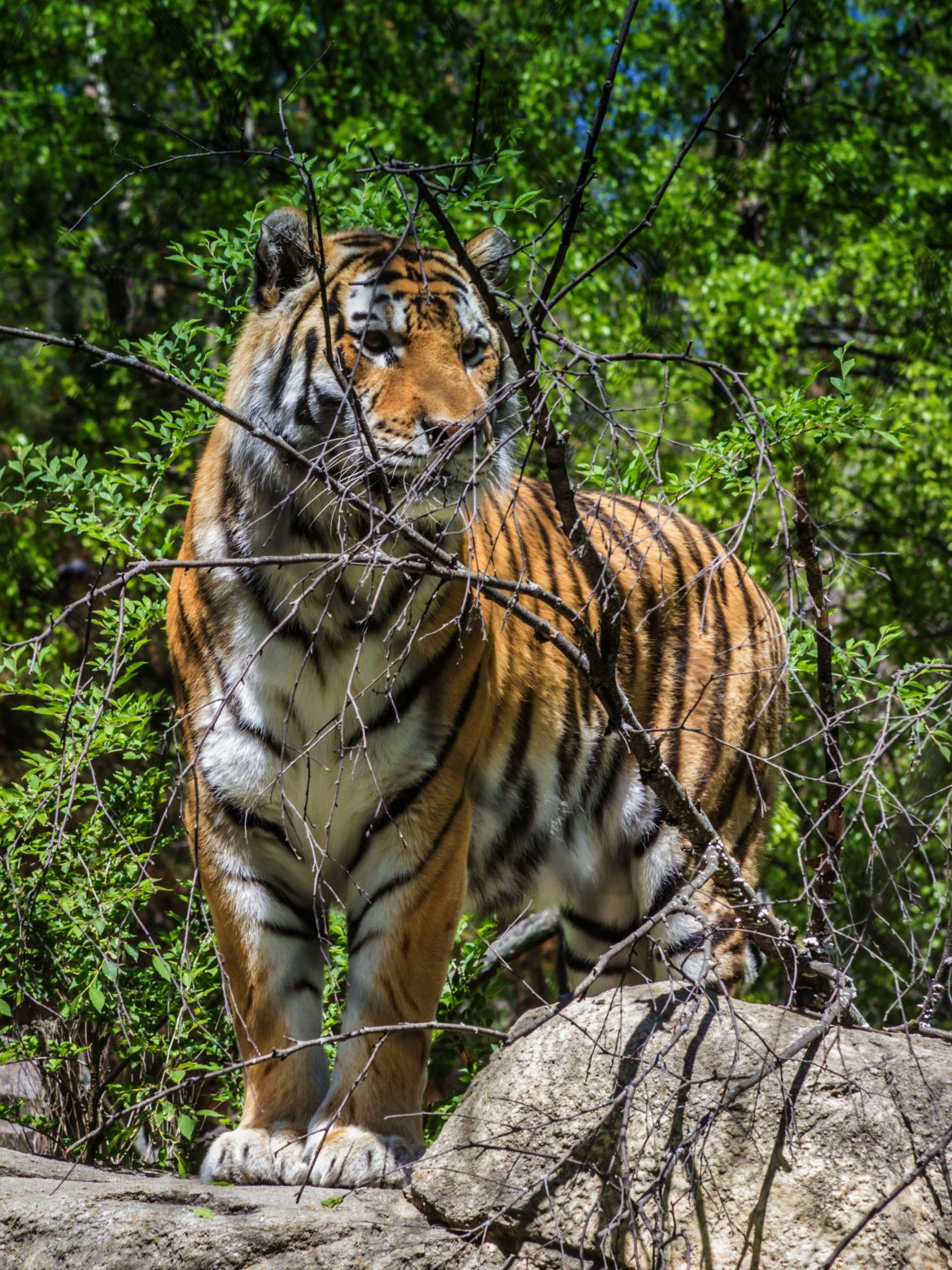 Tigers are truly majestic beasts. They are beautiful. Primal.

They move with elegance and grace and casual laziness. You can easily imagine one lying in the sun for hours, or rolling over for a two-handed belly rub, and you can just as easily imagine, vividly, one tearing at you in the last seconds of your life.

When you’re in the presence of one of the great cats, you know it. It’s not just a big kitty. There’s a weight you can sense, and a gathered power to them. They might not be able to actually leap on top of your house but they could certainly hurdle your car and be on you before you even got all the way out the front door, even when you have one of those circular driveways like this one.

When you’re near a tiger you do find yourself wanting to stroke it, though. Velvety fur stretches loosely over coiled muscle, and deep growls and other noises start in the throat and vibrate through the ground and up through your own legs. His tail snaps back and forth as he senses growing excitement.

Did you know that tigers don’t bite their prey to death? You’d think it would be all arterial spray and rending and bleeding out, but when hunting larger animals tigers actually prefer to bite the throat and then hold onto their prey with their powerful forelimbs, wrestling it to the ground and hanging on until the creature dies of strangulation. Weird, the stuff you learn.

There’s such intelligence in those eyes. They learn things very quickly, such as the best way to approach a gazelle, or how to solve a maze, or that a man in a certain type of clothing is food.

Doesn’t take very long at all to teach a tiger a trick like that, if you’re willing to work at it for long hours. Which just makes it funnier if you were, say, fired without warning and having your life totally ruined for being lazy.

I wonder if, during a vicious and unexpected tiger attack, that a person would have enough time in those brief seconds to appreciate irony.

The door’s opening. The tiger is stirring. The cage is open.