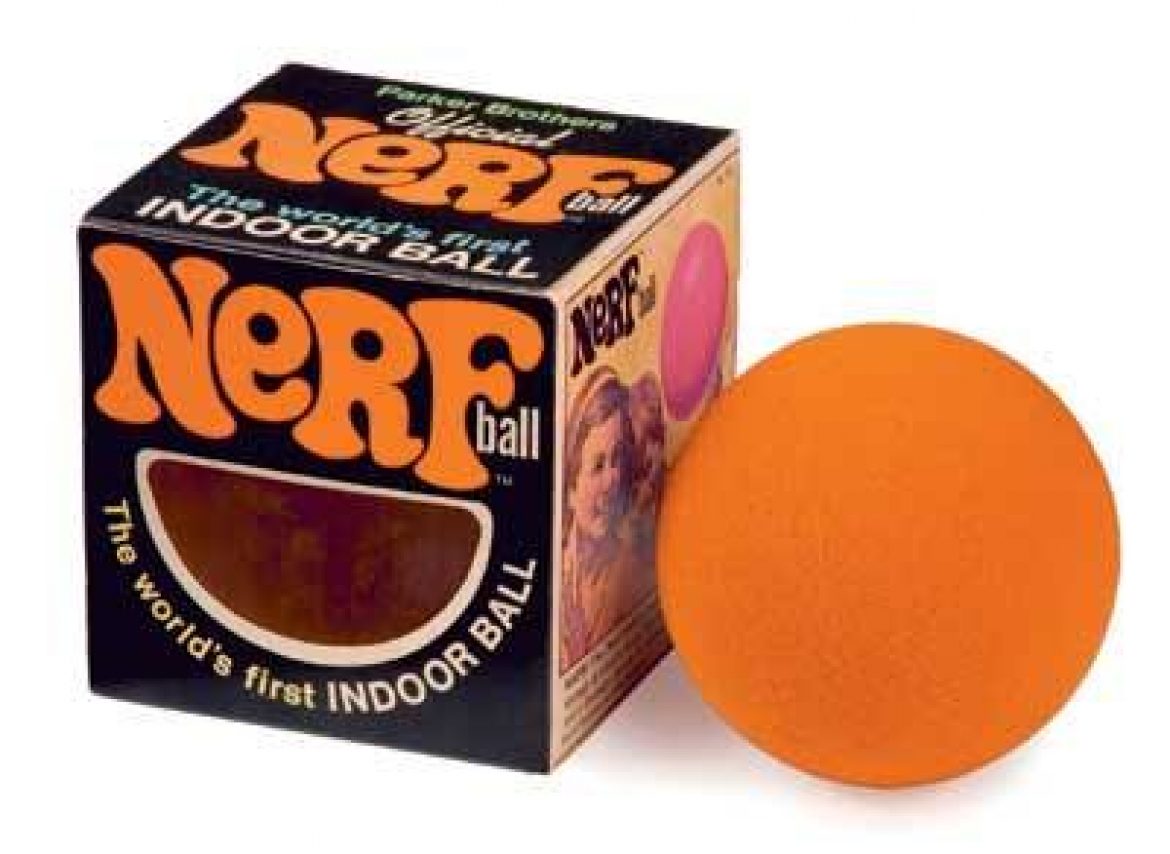 I don’t know why it occurred to me during my drive home – other than that my brain actively seeks for anything at all to concern itself with besides the business of safely driving — but I have not seen a Nerf ball in decades.

An actual Nerf ball. The thing they built their company on.

Not a Nerf football, not a Nerf soccer ball, not the Nerf Smashball or Nerfoop plasticy basketball thing, which are the only Nerf balls listed on Hasbro’s website.

The original little grapefruit-sized foam ball that was the only thing Nerf meant when I was a kid. What the hell, Nerf? Have you no respect for your own history?

(You can find foam balls, certainly, cheap knockoff things that don’t approach the firm masterpieces of hurlable foam that Nerf produced by the bazillions. And you can find them on eBay but I don’t really want to spend 90 bucks on a foam ball.)

Now I want a Nerf ball.