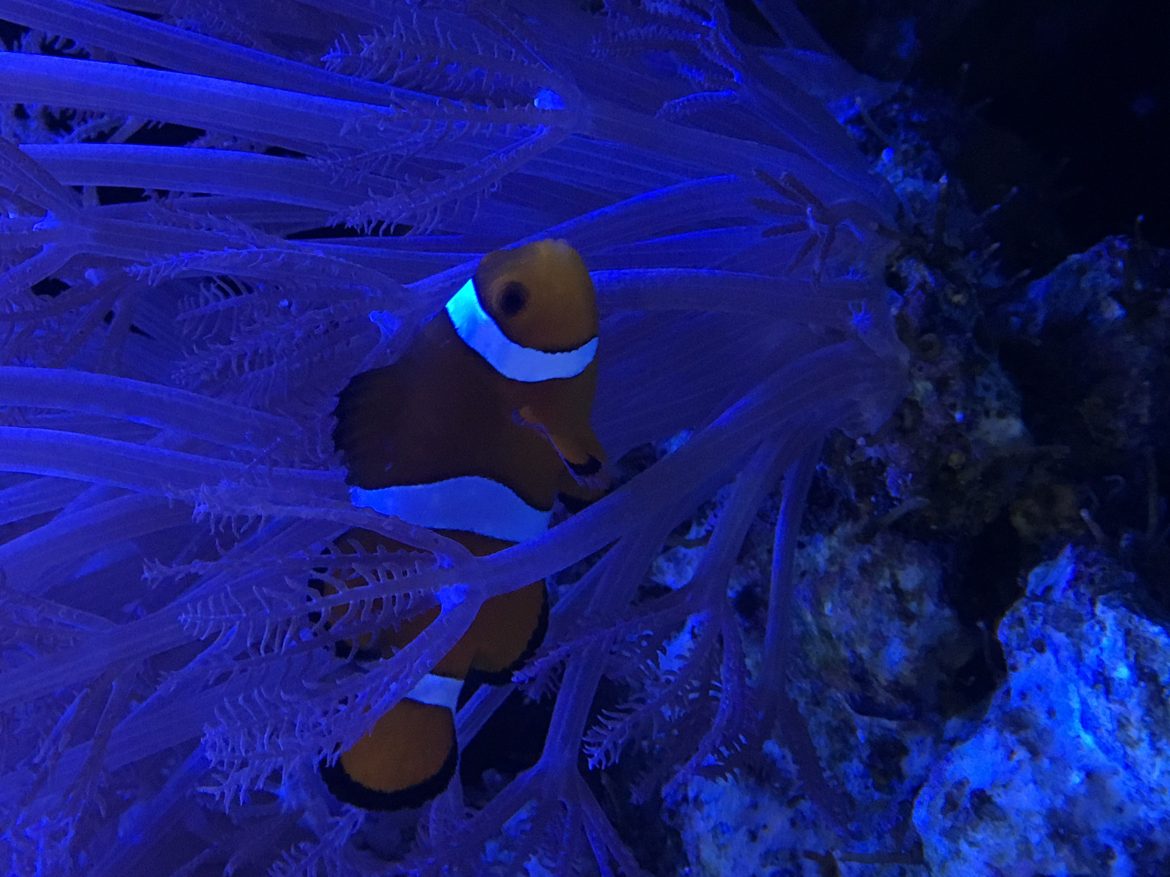 “A lobster? An actual crawling around, dunk it in butter lobster?”

“It’s what we have available right now in your price range, sir. Lobster, beetle, or vulture. Live your dream, sir.”

“What kind of beetle?”

Parkleman sighed and slumped in the chair. “I’m in accounting,” he muttered, looking around the travel agency. “Dealing with balls of crap ten times my size is precisely what I’m trying to get away from.”

The sign over the door read “TRANSMOGRIVACATIONS, INC.” and in smaller script underneath: “BE ALL SOMETHING ELSE CAN BE.” There was an enchanted logo next to it depicting a cartoon man changing into a lion, a dolphin, an eagle, and then a man again, over and over. Parkleman stared at it for a long moment.

“You can really change me into anything I want to be?” he asked again.

The mage behind the desk raised an eyebrow.

“Anything I can afford, I mean?”

“With but a word and a gesture, sir,” the mage said in the same memorized, seductive cadence familiar to salesbeings across the universe. Despite the flowing robes and commanding beard, he was quite obviously, in a thousand telltale ways, someone being paid on commission. “You can become any living creature you can imagine. Soar the heavens, sound the mighty deeps, hurl yourself between the trees, or experience the indescribable joy of emerging from a chrysalis as a beautiful butterfly.”

He leaned forward with a professionally earnest expression. “My customers have desperately mated while plunging through the sky toward the ground below. They have crept through the tall grass towards their prey, reveling in predatory bliss. Some have desired a time of quiet contemplation and beauty, opting for the calm dignity of tortoises or blue whales. Others have found personal glory by leading vast ant armies to victory over insurmountable odds.”

“I’m sorry,” Parkleman said. “But none of these options sound like an improvement over my current condition. I already spend my days doing mindless grunt work and being harassed by my boss and his ‘I can do anything I want to my employees as long as I don’t actually completely murder them’ attitude. How is pushing around dung, eating carrion or getting popped in a boiling pot a step up for me?”

“You say you perform drudge work. Imagine the satisfaction of completing a dung ball, knowing you have materially improved the lives of your family? And isn’t flying under your own power worth the occasional dead carcass? But we pride ourselves at knowing our customers’ minds, sir, and in you I see a need for tranquility.”

“As a gentle creature that exists in an endlessly engaging world of color and motion. You eat, you sleep, you drift. No responsibilities, no deadlines, no pressure. A visit to the seashore, but from the other side, as it were.”

“That’s what I see for your credit rating, yes sir.”

“TransmogriVacations guarantees you will be placed far from the reach of any humans, sir. There will be no pots.”

Parkleman considered. Everyone he knew had already transmogrified at least twice. James in his office had been a silverback gorilla last year, Carl in Marketing had pictures of himself as a 20-foot python on his desk, and every summer Mr. Bruteby came back to brag about the stunningly beautiful animals he’d run down and eaten.

Mentioning his plans had been a mistake, though. Mr. Bruteby had laughed long and hard when Parkleman had put in for his vacation, and loudly congratulated him since being even the tiniest, most helpless animal had to be an improvement over being Parkleman.

Parkleman felt his face heating up again as he remembered the pitying look Miss Dabishy had given him as he skulked out. Even if he spent two weeks as whatever lived underneath dung beetle dung, it would be worth it to get away from Mr. Bruteby.

“I’ll take it,” he said firmly, and he realized with a start that he was actually looking forward to it.

“You won’t regret this, sir,” the mage said. “What’s a vacation for, if not for doing what you can’t do the rest of the year?”

And he was a lobster.

And it was everything the mage said it would be.

Parkleman almost forgot to be amazed that he was breathing water and had somehow misplaced 98% of his body mass. Secure in a small cave under an outcropping with plenty of easily accessible food, he sat and simply stared at the brilliant colors and vivid patterns of the fish as they swooped past in endless variety. A clown fish stopped long enough to favor him with a wink.

The sea was so full! Vast cities of coral reefs and sponges dotted the ocean floor creating intricate labyrinths he could explore for hours. He spent an entire afternoon watching the mesmerizing undulations of a clump of kelp, fascinated, as sunlight dappled down from the surface far above.

And the constant movement of the ocean itself was incredibly calming. He felt nearly weightless, floating in the all-encompassing embrace of the water, intimately connected to everything around him for miles.

There is a freedom to be found by giving yourself over to something far more powerful than yourself, and he gave himself utterly.

No responsibilities, no deadlines, no pressure.

Parkleman was completely at peace.

A lasting, soul-deep peace, one he would take with him back to a new and better life, he could tell. Already the petty office politics seemed so–

Fish scattered as Mr. Bruteby swam past, crunching a last few bits of Parkleman in his powerful teeth and reveling in the feel of unstoppable force. What’s a vacation for, he thought happily, if not for doing what you can’t do the rest of the year?

And the shark charged off into the deep, reveling in predatory bliss.