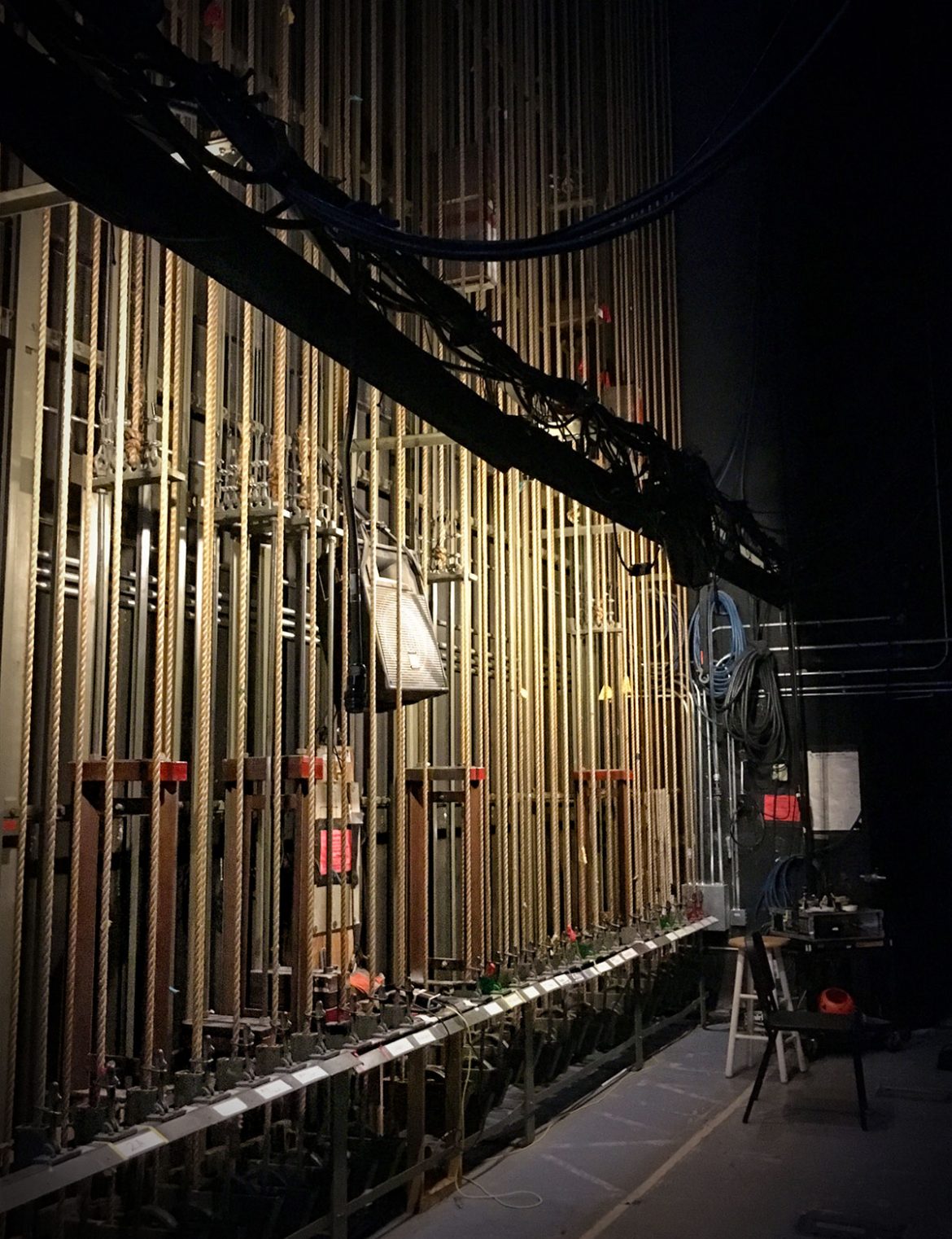 There he was, striding across the stage and owning it, a bright young talent burning up the boards, when he was suddenly, tragically struck down by a falling sandbag, his bright light extinguished in front of an anguished crowd.

He’d be world-famous, briefly, and I happen to know he wants to be.

They do not know me.

Right now, I’m the one who knows which ropes drop the curtain, and which ones could end his life.

I wouldn’t be suspected. That’s the thing about refusing to admit you’re in a relationship with someone, there’s no motive that anyone knows about. It’s ironic, really.

It’s taken some time for me to get angry enough to do it. What he does, what he says, what he does not say, these are all little things that are easily absorbed. Like drops.

Enough drops can kill, or drive you insane.

I’d be appropriate horrified, screaming, rushing to his side with the rest of them. I’d be reassured it wasn’t my fault, but it was. Or it would be.

He is out there now, and he is magnificent. He has the audience in the palm of his hand and he is exactly what he is pretending to be, in that moment. He is theatre itself, breathtaking and ephemeral.

I hate the person, more than life, but I cannot find it in myself to remove that art from the world. They need him more than I need him gone.

But I cannot stay, either.

I loosen one rope, just one, and I feel it slip between my fingers with rough friction. Above, high above a shadowy weight drops and then comes to a jerking, bouncing halt, just above the curtain.

No one in the audience saw it. But I did. And so did he.

He glanced back, over his shoulder, but I was long gone by then.