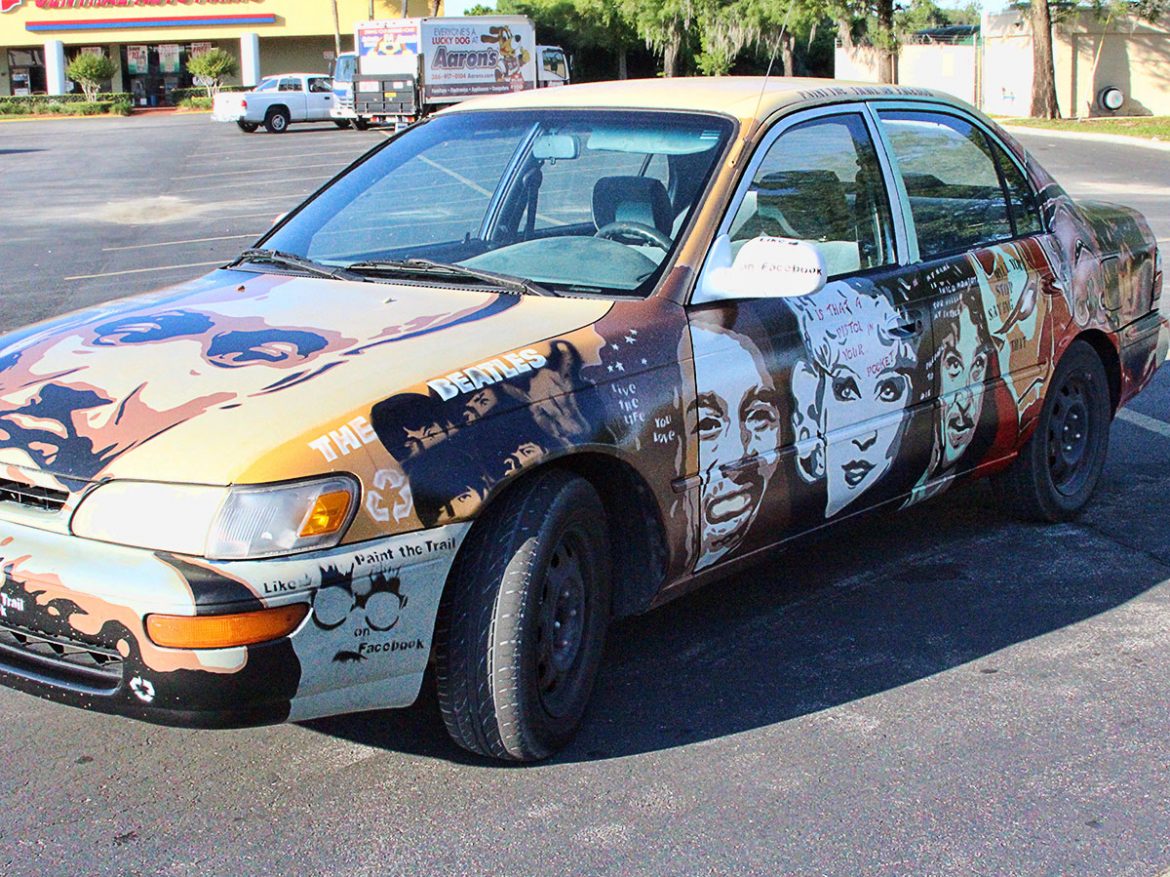 This was my car last week.

Pretty ordinary. 1997 Toyota Corolla, blue, not too much rust but very worn, a few dents and dings here and there. I chose it for reliability, not looks, and it’s served me well for many years now. 184,000 miles, so far.

Last week, Jeff Sonksen put out an offer for anyone with a “beater car” who was willing to let him have his way with it. Free.

Which doesn’t sound appealing unless you know that Jeff is the “Paint the Trail” guy who’s been livening up the Seminole County bike trail, along with various other places, with a wide variety of pop culture heroes. He just received an award for being named Seminole County Artist of the Year. You can see some pics I took of the trail here.

He got a few nibbles but no real offers for a car someone was actually driving, until mine. I dropped it off Saturday morning and got this back Monday night: 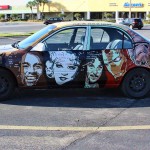 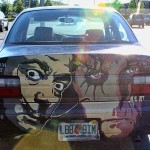 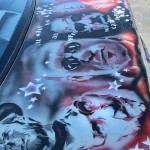 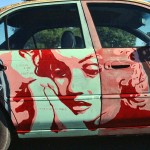 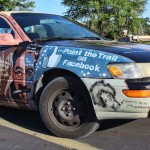 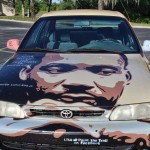 Since then I have become a minor tourist attraction. People gawk, take pictures, smile a lot. My favorite reaction so far was from a girl in a drivethru window who nearly fell out: “Hi, your total is WHOA! That is so cool! Guys, come here, you gotta see this!”

And I smile broadly every time I walk outside and see it. I love my car.

It’s interesting to note that so far, not a single one of my friends or coworkers have asked why I’d ever do this, or seemed less than delighted with it. They know me, you see. In fact, the only person who expressed any doubts at all was Jeff himself, who kept asking me if I was sure.

I am now driving art. My only problem is that now I feel obligated to take better care of my car. I’m no longer just a driver. Now I’m a curator.

If you like it, go check out Paint the Trail on Facebook. He also does paintings for art shows, charity auctions, and commission work. Or just Like him and check out the other stuff he has. There are videos there of my car in progress, which I had to grit my teeth and avoid all weekend, to avoid spoilers.