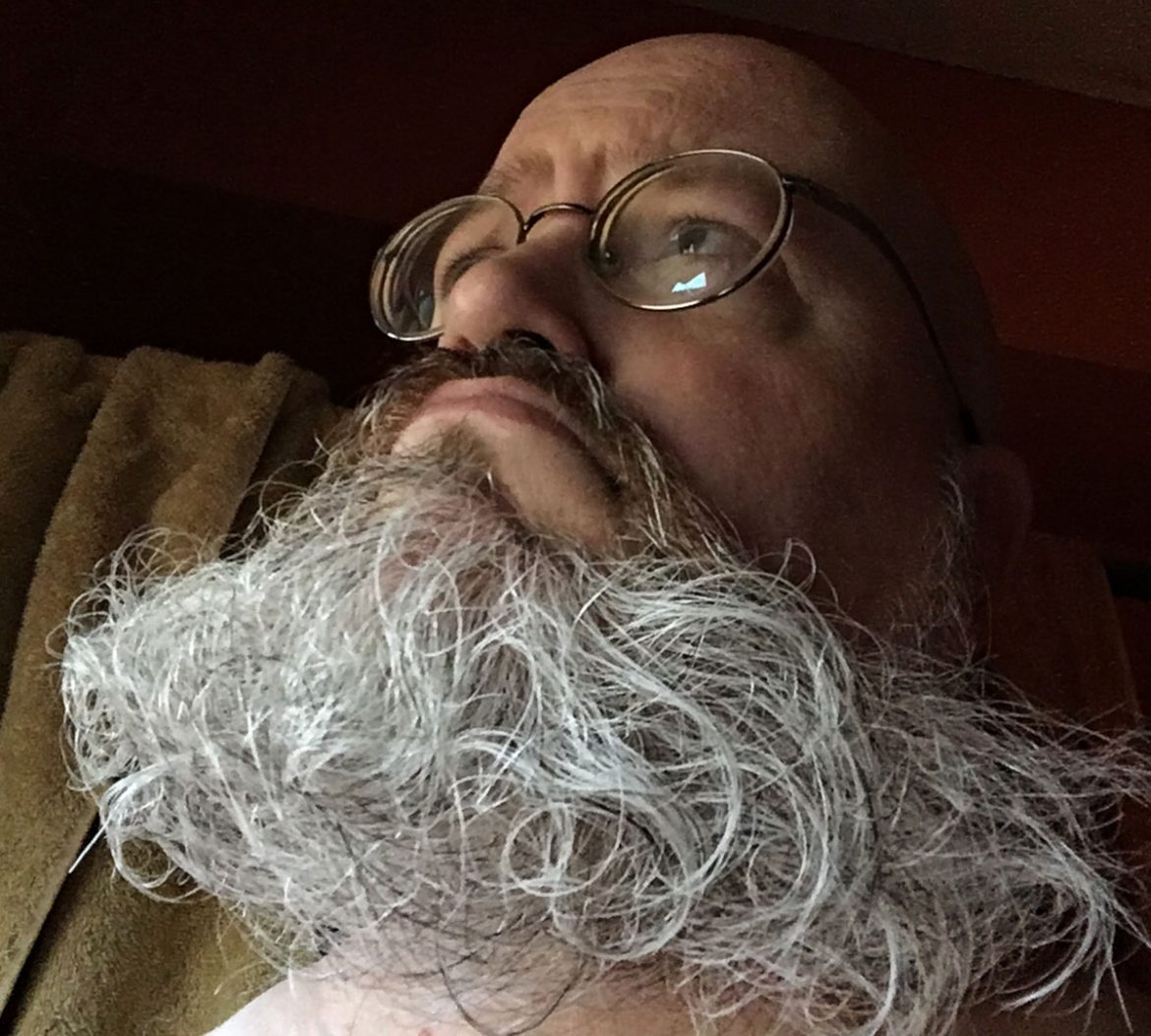 I don’t have any real plans for my beard. I just decided, one day, to let it go and see what happened.

I’ve never done that before.

The first time I let it grow I was 20 and had just started a new job where facial hair wasn’t a problem, so that was one less thing to do in the mornings.

It grew into a thick, dark brown, snarled ball, and when I went for a haircut the lady asked — kindly, as if to a wounded animal — “Would you like me to trim that?”

She did, with some effort, and I liked the look of a neatly trimmed beard, and so I kept it that way for 30+ years.

And late last year, about the time I was wondering how I’d look without the sparse growth stubbornly hanging on around the back of my head, I decided, without much ado and no planning whatsoever to let the thing go. Let it loose upon the world. See what I get.

If nothing else, grow it till Bike Week where I can join a legion of my bearded brethren.

It’s nice, seeing hair on my brush again. Or, you know, needing a brush. And I felt a serious rush the first time a heavy wind blew through it. Oh, right, that’s what hair feels like!

I don’t plan to shape it into interesting topiary hipster designs or put beads in it, I’m far too lazy for that sort of thing. (The picture attached is pre-brushing, and not a style I’d wear outside unless I was planning on frightening children later in the day.) I’m committing to keeping it for a year which would make it, according to the amazingly supportive /r/beards subreddit, a “yeard,” but I’ll probably start trimming it into something less wild after a point.

I’ve been enjoying watching it change shape as it lengthens. Will it go full-Santa?

It is soothing to stroke. I pretend I can hear it purring. I think I’m pretending.

At what point does a beard become complicated enough to become sentient?

I’m already pretty sure it’s eating some of my food. I go through far more Cheetos than I remember eating.

At night, I can feel it moving.

I wonder.. I wonder if it thinks that because it takes up the bulk of my head, that it believes it should be in charge.

I wonder if it already is.